VIDEOGRAPHY: WHAT DOES IT ALL MEAN? (In-Depth Explanation)
Posted in Video Production
Posted on December 12, 2020January 24, 2021
by Kos

Videography is a combining word, formed from ancient languages. It was originally developed and published in 1972 by combining "video" and "graphy". At that point in time "video" was widely used to describe only the picture portion of a TV signal.

Table of Contents
What is the Definition of Videography
When VIDEO Became a Part of Our Lives?
The Usage of the term "VIDEO"
Videography With Todayâ€™s Technologies
Cinematography or Videography?
Motion and Video
WHY IS VIDEOGRAPHY IMPORTANT!
Historic Roots of VIDEOGRAPHY
VIDEOGRAPHY in Post-Modern Society

What is the Definition of Videography

The definition of "video" goes much deeper, having been essentially dormant for two millennia from Latin.  It was used to describe "knowing", "understanding" . . . "seeing the big picture".
vid-e-o-graphy n.

Sanskrit has a broad historic and geographic footprint, with claims of its use. It was stretching from Southern India, Pakistan, Iran, Mesopotamia, Assyria to Anatolia along the shores of the Mediterranean Sea. It is a sad testament to mankind, that as we write these words, the entire neighbourhood in which VID may have flourished is the battlespace for the modern crusades.

According to Wikipedia, Sankrit "is one of the earliest attested members of the Indo-European language family." This lineage is generally accepted by members of the "Mother Tongue - Long Ranger" group at Yahoo.com.  We note that, within this group, there are substantial prejudices & heritage issues related to Sanskrit. Certainly, with some members calling any early claims of Sanskrit "Hindutva". This term itself, which describes Indian nationalism, was a product of the 20th Century. 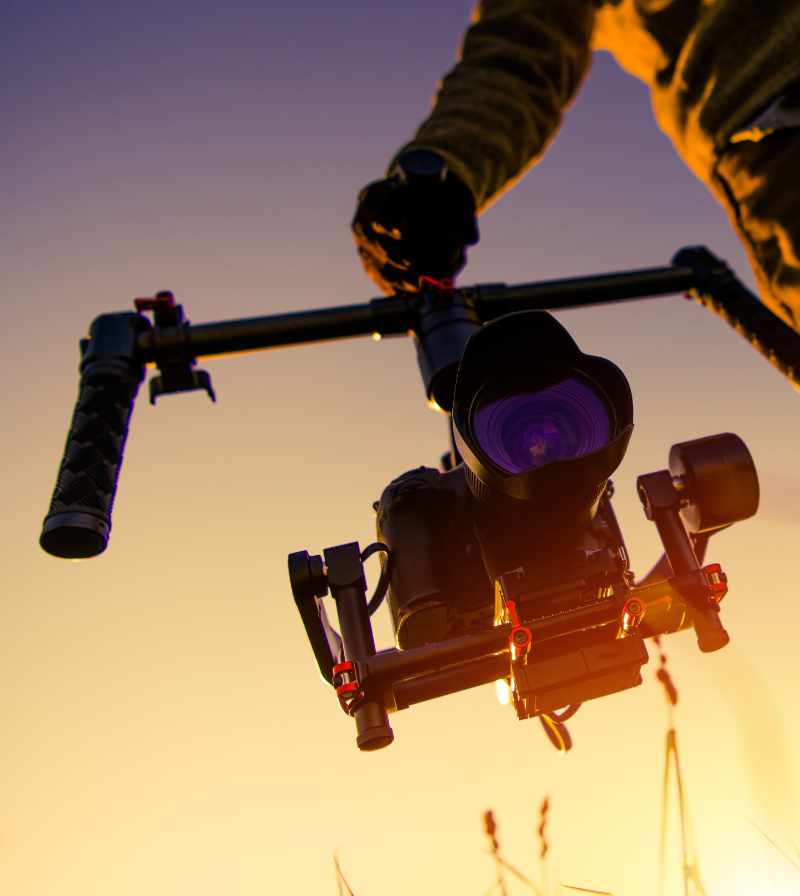 When VIDEO Became a Part of Our Lives?

To the West, the Sanskrit language migrated along Arab trading routes into Europe. VID was adopted by the Ancient Greeks, who later used VIDEO meaning "to know". The Romans continued using VIDEO as a part of their speech.

Many contemporary words such as proVIDe, eVIDent, viVID, DaVID etc. can be directly traced to the Greek and Latin roots of "knowing".
One of the most historically famous VID quotes was "Veni. Vidi. Vici." made by Roman Emperor Julius Caesar after his conquest of Gaul. It is translated into English as "I came. I saw. I conquered".

This map of the battlespace of Gaul shows a region so large that even Rome's mightiest Emperor could not literally "see" it with his eyes. Caesar was referring to his "knowing" (situational awareness) that his strategy would result in conquest. Julius Caesar was a master of video-graphy!

The Usage of the term "VIDEO"

Owing to the fame of this quotation, it is difficult to understand how the Latin "video", would become largely archaic for nearly 2000 years.
Put in plain English, the video disappeared from the lexicon (with rare exception) for nearly 2000 years. Then, it was resurrected in English in the Twentieth Century as meaning "to see". It became a convenient classic term that early pioneers of television used to describe the picture as opposed to the sound, of their television transmissions.

This limited use of "video" slipped back into modern English, without phylogenetic scrutiny and it became embedded into the world lexicon.

Who can forget the "Audio -Video Guys" who set up the projectors in our school classrooms? This limited definition of the video was widely accepted when Bob Kiger grew up and when he designed the word VIDEOGRAPHY in 1972. It is mentioned prominently in the original VIDEOGRAPHY article. Since 1986 Kiger has been advocating a review of the word VIDEOGRAPHY to put it in its proper context.

With the advent today of high resolution, sophisticated DSLRâ€™s that capture video as well as still photographs, the possibility opens up to combine the two storytelling media. The still photograph and video, into something new and different â€“ what we are calling theVideoGraphâ„¢. Similar in nature to what Kevin Burg and Jamie Beck call a Cinemagraph, a VideoGraph goes further. A Cinemagraph is an animated GIF, limited in both form and function to a 256 colour low-resolution Compuserve GIF format image. VideoGraph Designerâ„¢ supports this Cinemagraph format, with the additional power of a Quicktime MOV format output files. That's where the available colours and resolution are both considerably higher. 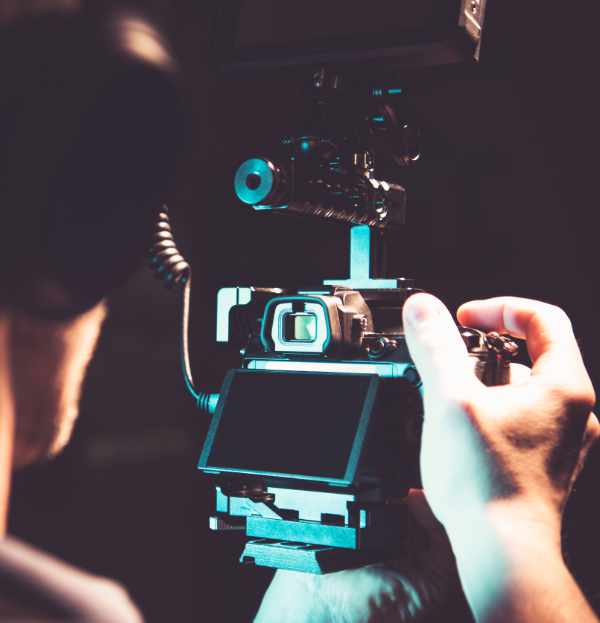 A still Photograph tells the story of a single slice of time â€“ what happened in a fraction of a second. A video tells the full motion story of a thread in time, with a well-defined beginning and ending. A Cinemagraph or a Videography tells the story of a â€œslice of time.â€ Each has its place in Journalism, Commerce, Advertising. And Entertainment in todayâ€™s online world. Each also has its strengths and its inherent weaknesses as storytelling tools.

Many stories require more than one single still frame to tell. These subtle stories are equally difficult to tell using video, as the medium has simply too much â€“ information overload. Video is sensory chaos, artfully focused by a good director. Until now, there have been no tools for the specific creation of Cinematography or Videography. And now that terminology became a part of video production process.

Enter the VideoGraph and VideoGraph Designerâ„¢. With its stationary elements and itâ€™s limited movements, a VideoGraph looping back upon itself can focus the viewerâ€™s attention to the subtle nuances the director intends. Reinforcing the story by filling in the preceding or subsequent few seconds is a strength a VideoGraph brings. That was no other medium can provide. VideoGraphs and Cinemagraphs are new emerging creative media for the modern storytelling artist. With them, storytellers can now tell the subtle side of the stories in life no other media can.

A well-executed VideoGraph can be like an adrenaline shot of pure emotion. The â€œcritical emotionâ€ can not be expressed by only a single frame and is overwhelmed by full-motion video. The look in a loving petâ€™s eyes. The fleeting memories passing over a face. A subtle breeze rocking a flower. The blink of any eye. Each of these can be an entire story in itself.

The limitations in the telling only being a suitable media available to the artist in telling it. Incorporating a few frames shot before or just after Bressonâ€™s â€œcritical momentâ€.  Single frame captures more than just the static image, but rather the atmosphere that makes that moment come alive â€“ become more real â€“ more a â€œslice of life.â€

WHY IS VIDEOGRAPHY IMPORTANT!

Understanding the historic roots of VIDEOGRAPHY will provide common ground for all modern humans to use technology to enhance their personal and collective wisdom. A great example of this vision is shown in this current Cisco Systems TV commercial.

VIDEOGRAPHY incorporates the technologies that have developed since the word was created in 1972. It opens the door for new technologies including, but not limited to, "the production and distribution of bitmap and vector based assets". 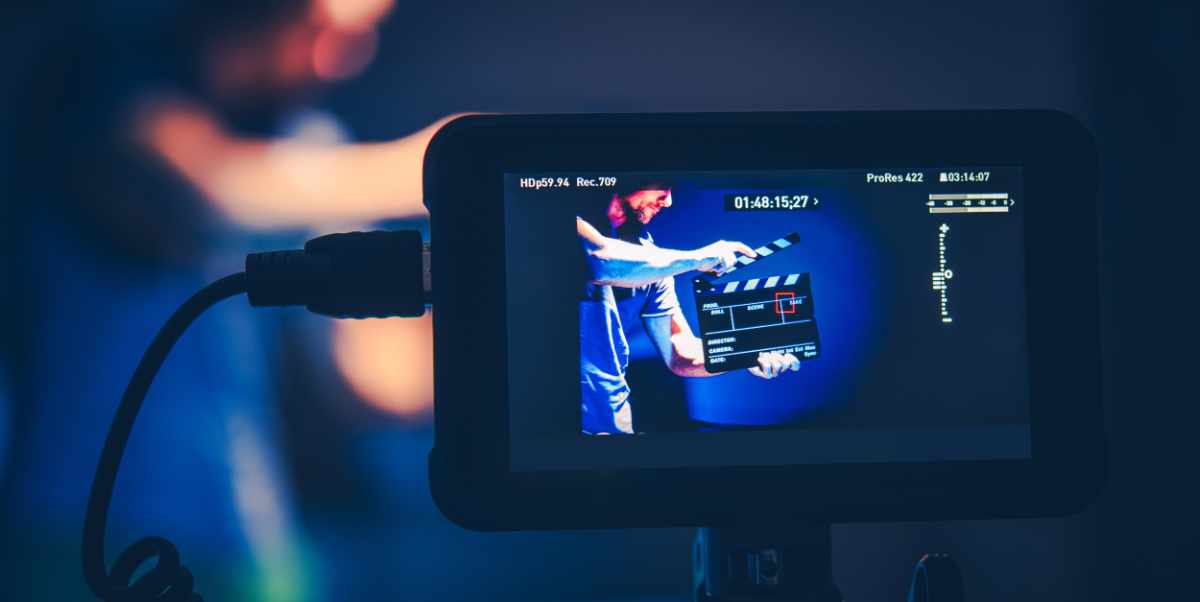 VID has always been a birthright and privilege of "being". We describe it as "the lifestream of neural impulses" that separates organic beings from inorganic matter. In the purest sense. Our VID is formed by personal witnessing of events and phenomena as we go about our lives.

VIDEOGRAPHY is more about communicating our ideas and images using the tools available to us at any given time in history. The record of our videography has always been passed along through culture and genetics.

VIDEOGRAPHY in our post-modern society elegantly describes the flow of data through a myriad of distribution technologies into our brains. We output using technologies available at the time we need to communicate.

There is a tremendous amount of energy and resources being used in "The Age of Videography" to "Recover the Lost History of Our Ancestors". A reasonable overview of this process is Before the Dawn by Nicholas Wade, NY Times Science editor.

As to the future . . . we note that a simple answer to the question "what does it all mean?" (the exact phrase used in the subtitle of the original 1972 videography article) was answered by Karl Fisch. A high school teacher in the Arapahoe system (part of the global "sister schools" movement) in 2006. 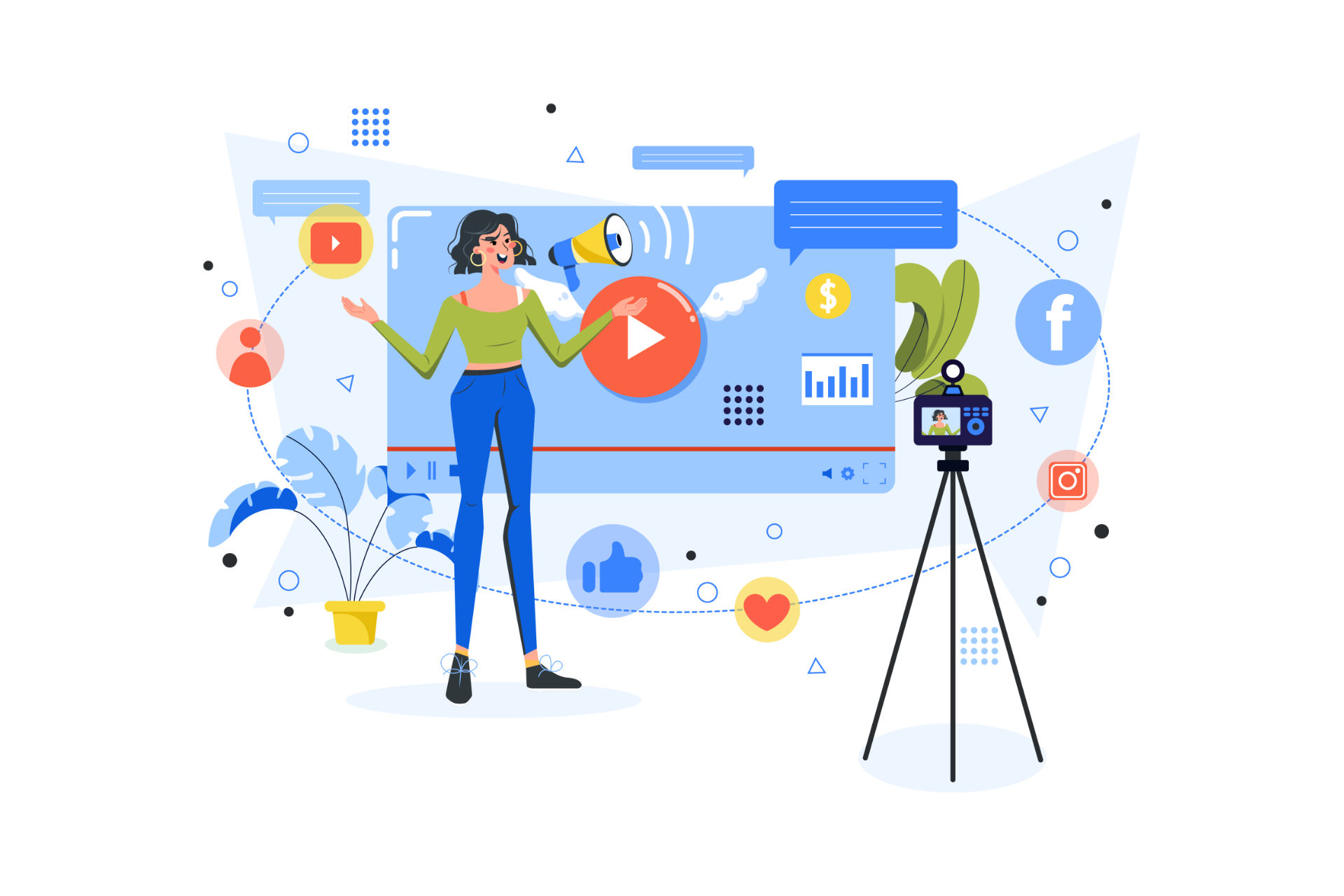 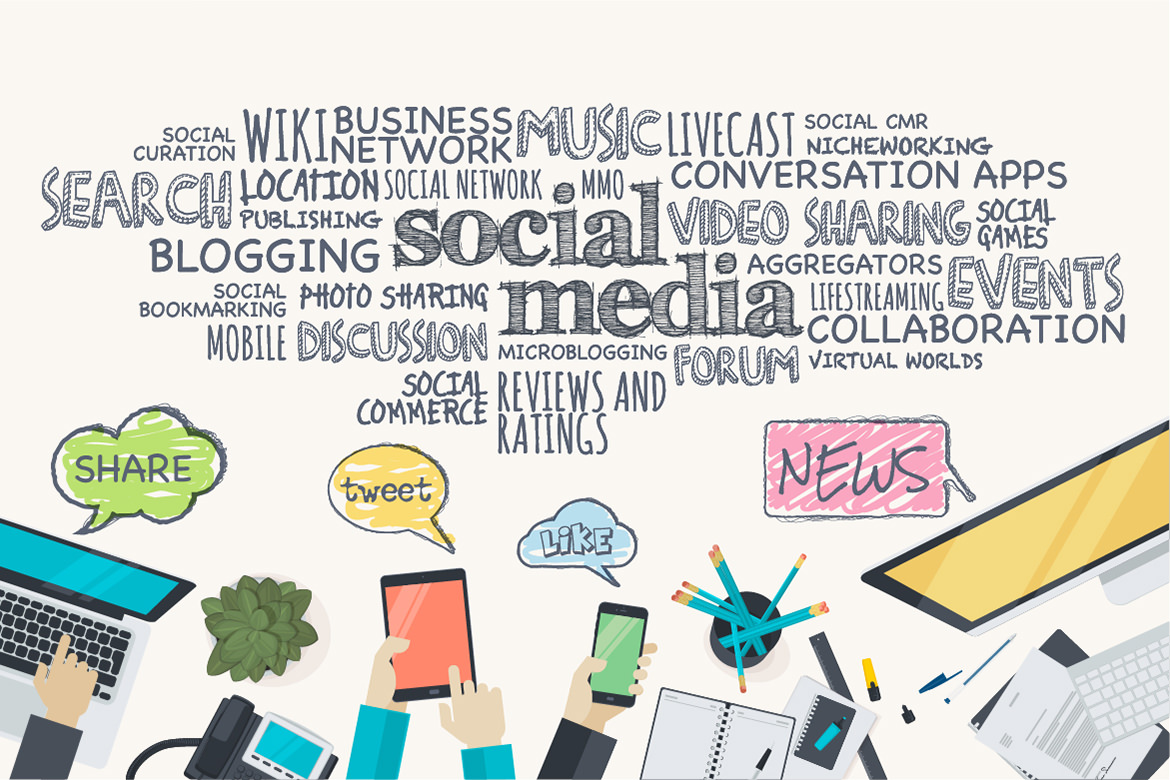 What Should Know About Video Content for Social Media Marketing 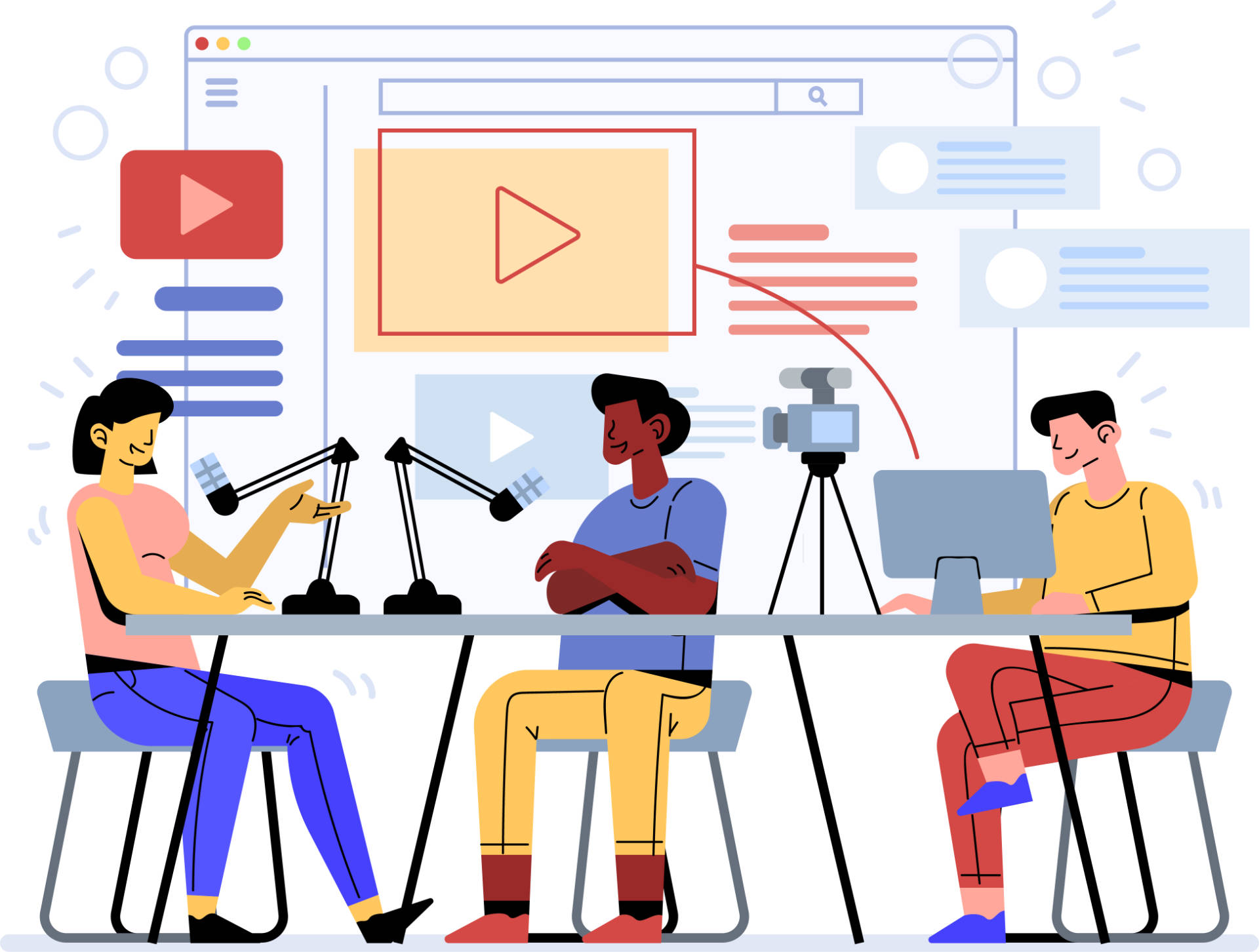