Filming Techniques To Help You Video Like a Pro Filmmaker

Who needs to learn correct filming techniques ? I mean, how hard can it be to use a Video Camera and become a filmmaker?

Table of Contents
Camera Shots to Increase Your Filming Techniques
Composition and the Rule of Thirds
Shaky Shots
Zooming and Panning
Point Of View
Don't Record the Garbage!
Dreaded Backlight
Enhance and Monitor Sounds
Pre-Production and Planning
To Become a  Filmmaker

Well, if you put it that way, not very hard at all. So let me re-phrase the question :

How hard is it to produce an acceptable quality video that won't leave your family running for cover when you announce "It's Show Time!"

Now that's a different story. And after a while, your camera can become quite intimidating especially since it records every little mistake you make for your audience to laugh, cry or worse still, cringe over.
Practice makes perfect though and over time, your mistakes will become less frequent. And while there are no 'absolute' rules for the filmmaker, there are basic guidelines and filming techniques that have been developed over the 100 or so years of filmmaking.
Let's go through some common video camera filming techniques or might we say 'Guidelines for Filming' that make for compelling video production. 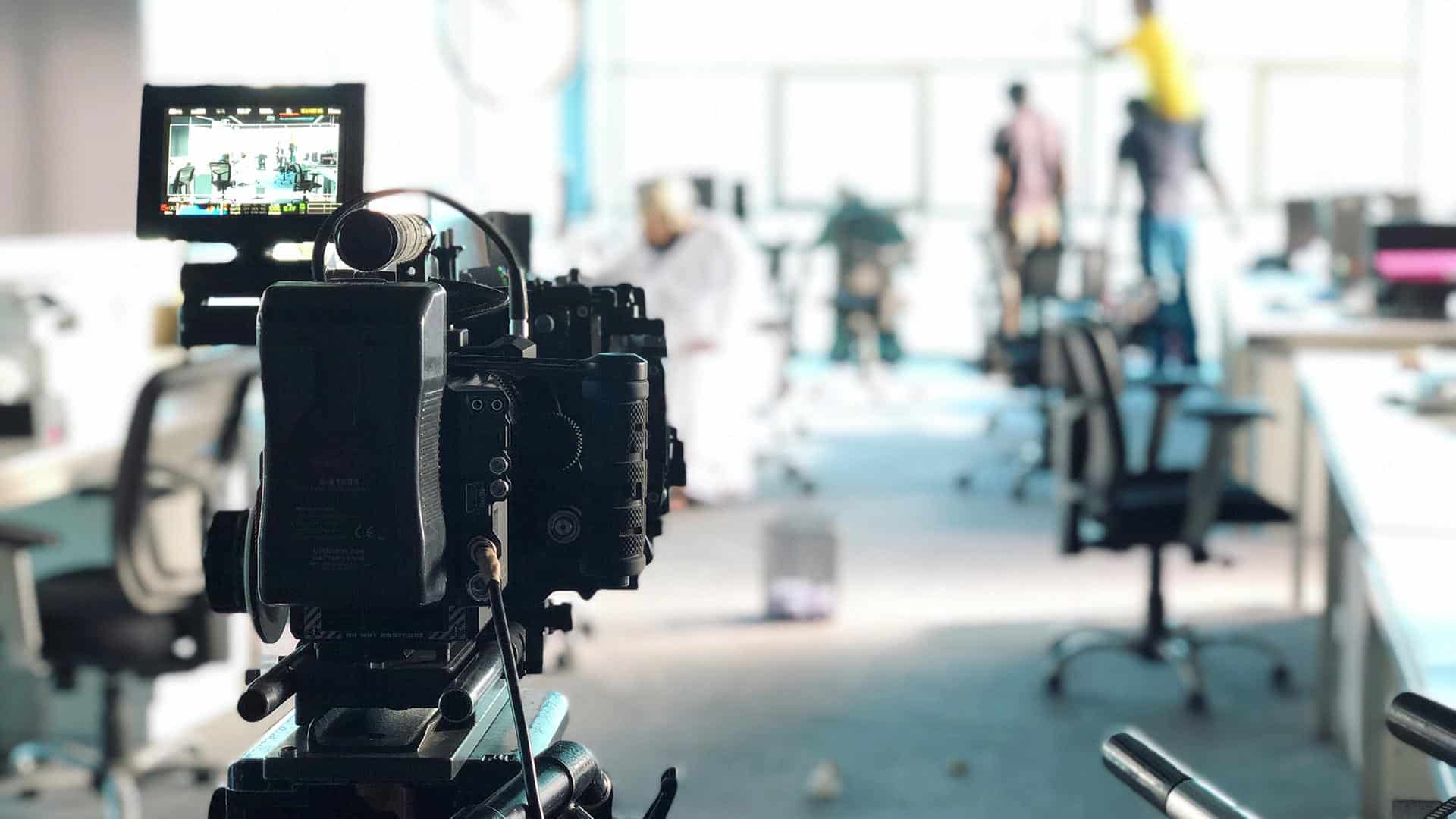 Camera shots are generally described in terms of how large or small the subject is in the frame. Whether the subject fills the screen, is far away or somewhere in between.

Wide Shot (WS): This shot conveys a lot of information to the viewer as it incorporates the subject as well as a lot of background. If the subject is a person than their entire body will be visible in the frame. It is used to establish a scene ie. whether the subject is alone or with others, if it is day or night, indoors or outdoors etc.

Mid Shot (MS): Closer than a wide shot. In the case of humans, it would frame the person from the waist up. Ideal for shooting two people side-by-side and creating a greater degree of intimacy.

Close-up (CU): A close-up fills the screen with the subject (human face, hand performing task, animal eating etc.). With the face, It can be used to convey the emotion of an event or examine an action in detail such as a hand working with a tool. 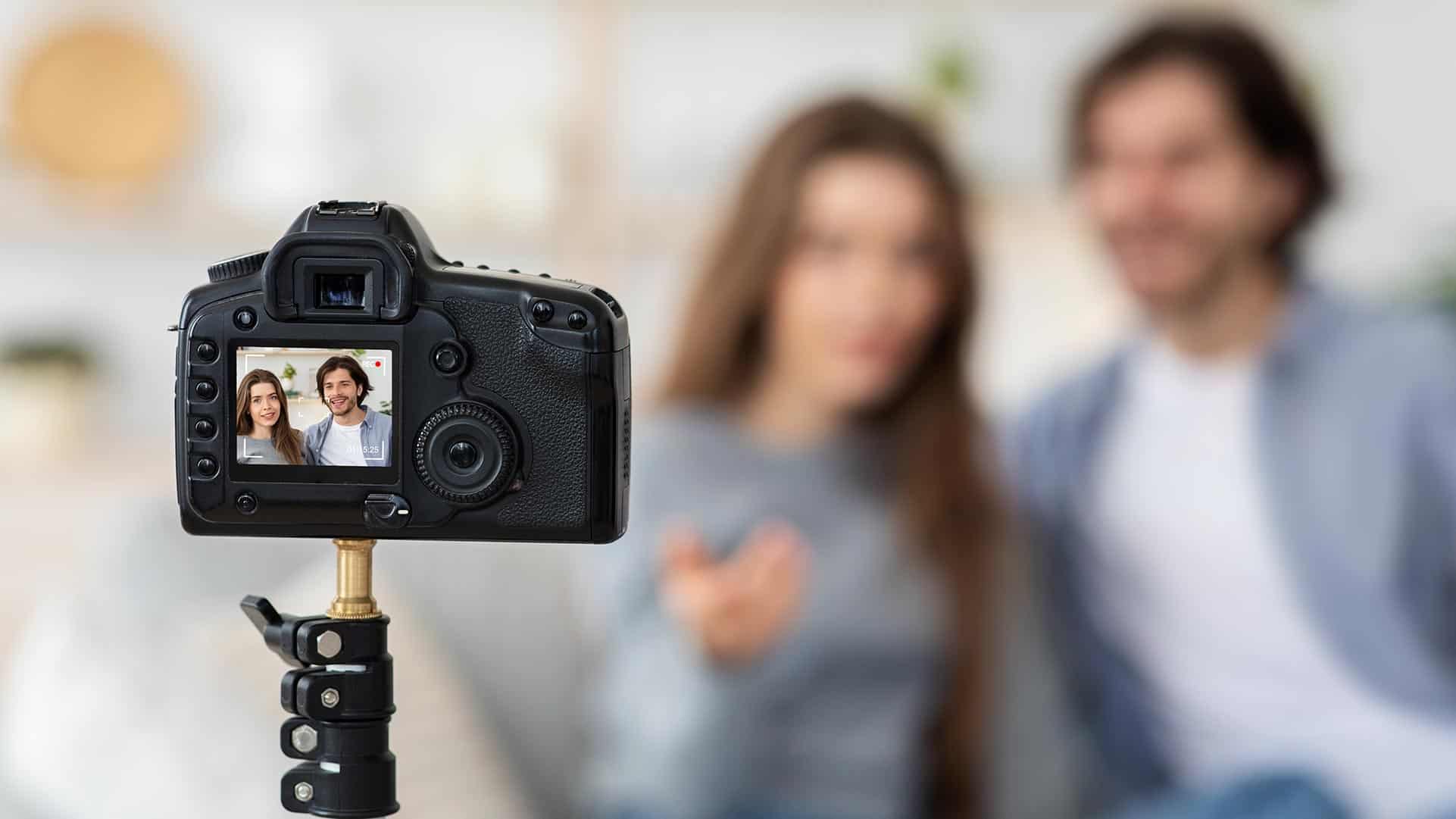 As I wrote earlier, no filming techniques are absolute and this is another example. These are simple suggestions of 'cutting points' when framing your subject.

Composition and the Rule of Thirds 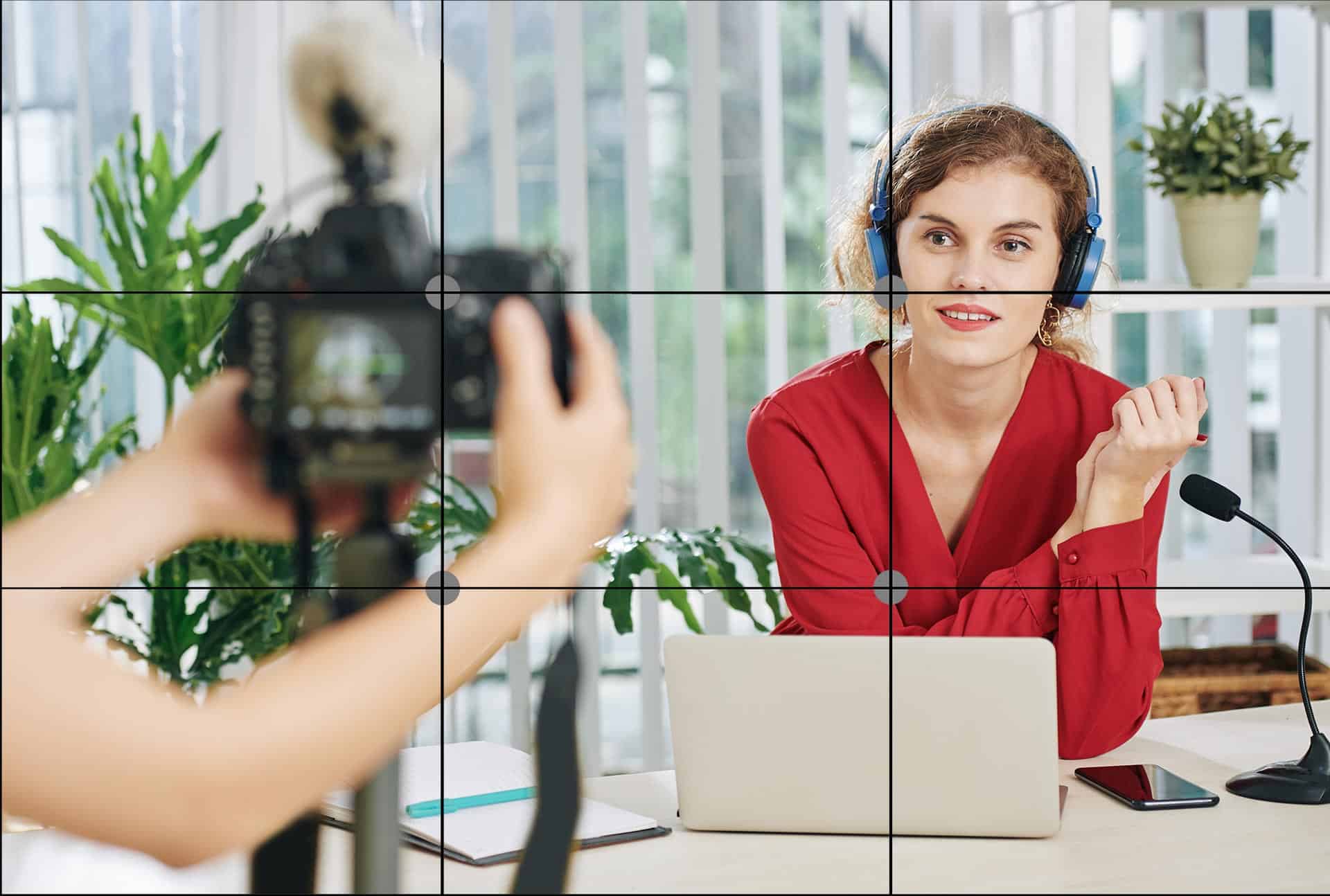 When you throw a dart where do you aim? Dead centre. Where does a marksman place his target in the scope? Dead centre. Where is one of the worst places to position a subject in the video? Dead centre!
By dividing your screen into thirds with two horizontal and two vertical lines, you give yourself guidelines of where to place your subject. Taking into account the aesthetic element of videos.
At the very least these filming techniques ask that you position your subject somewhere slightly off centre. The result is a shot that's more natural and pleasing to the eye. The Rule of Thirds is one of the most often overlooked of all filming techniques and yet, one of the easiest to overcome.

Overcoming shaky shots is one of the filming techniques that can differentiate you between an amateur and a pro filmmaker.
Modern, lightweight video cameras are about freedom of movement, but this benefit can often be a hindrance to taking acceptable images. The action of walking around while filming is like setting off a grenade each time your foot hits the ground. And don't even think about zooming in on an object while hand holding the camera.

Sound filming techniques are called for in this situation. First of all, if possible, don't walk around while filming. Rather stabilize yourself by leaning against something or rest your arm or the camera on a bench or ledge. It will teach you not only how to get smooth shots, but ones of shorter duration.

a cameraman is filming the woman at the beach

The best practice is to use a tripod. They may be cumbersome to carry, but the resulting clear and steady images are worth it in the end. Correct filming techniques using a tripod is an aspiring movie maker's most valuable asset!

A quick way to make your audience seasick is to be constantly zooming and panning through your videos. It can be quite irritating to watch the resulting footage as the over-exuberant camera operator zoomed in to highlight a subject, kept recording as they zooming out then after you have barely had time to adjust, in they zoom again on something else.

The same can be said for incessant panning that is recorded by the  filmmaker. The resultant footage is more distracting to the audience as the pan (most of the time done too fast) becomes a source of annoyance rather than guiding them to another subject that you wanted to highlight. Poor filming techniques can ruin a production.

Therefore it is best to perform the actions of zooming or panning in standby mode then only recording the images you want your audience to see. Incorrect use of these filming techniques will soon have your audience searching for an aspirin or a bucket! 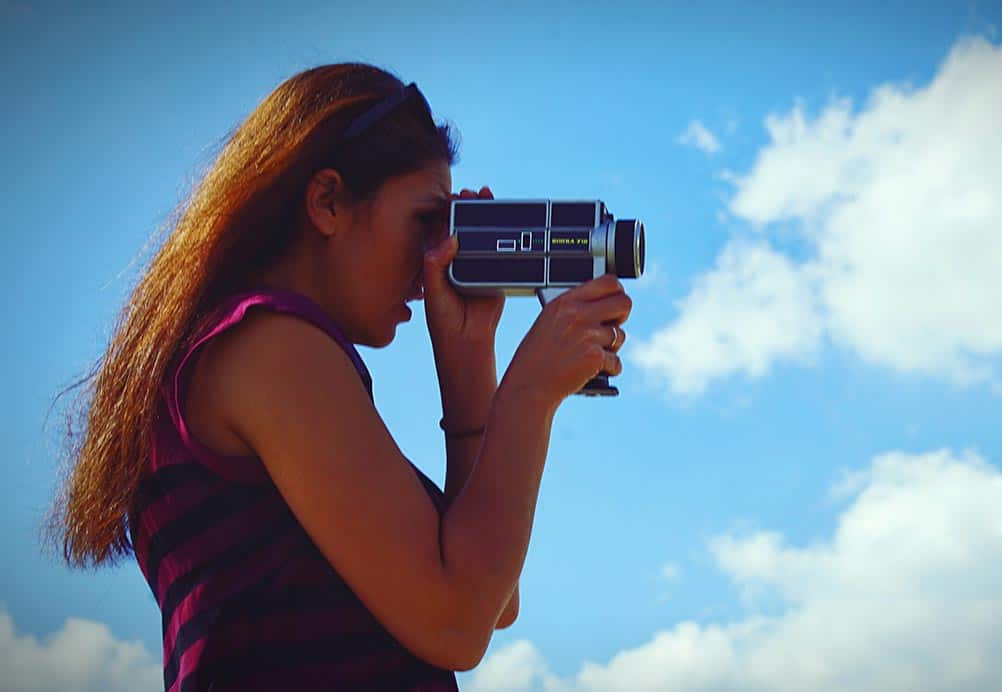 Most video camera shots are taken handheld at eye level, but there is a whole range of different points of view that can be used to add spark and interest to your videos.

Shoot with the camera at a low angle to make your subject look dominant and aggressive and from the high angle, you can make your subject look diminutive. Hold the camera to see the world (or its favourite tree) as your dog sees it. You have probably seen this shot on TV before. Get down to the level of children or hold the camera above the crowd at a party are just some quick and easy ways to alter the look of your video.

Add a different slant (pardon the pun) to your shot by 'tilting' the camera for a scene. Just remember to not abuse this method, as it too can become annoying. These simple to apply filming techniques add another dimension to your productions.

This is simple maintenance as you shoot and encompasses many of the previous filming techniques just mentioned. Don't record as your camera is searching for focus, adjusting exposure or you are setting up a shot with a pan or zoom.

Simply, checking that you have paused the recording of shots or even switched off the camera so that you are not inadvertently taking shots of your feet as you move around or recording a discussion about the weekend with a bystander. If your current filming techniques involve any of the above, it may have been funny the first time, but now is time to step up a level.

Taking videos is like still photography. Some filming techniques are the same, just the equipment is changed. You should always endeavour to have the sun or available light source over your shoulder as you film. Unfortunately, with videos being a moving medium, this is not always possible, but there is a number of ways to deal with backlit situations.
If there is an available power source you can place accessory lights to the front of the subject to compensate for the intensity of the backlight.

The camera offers the ability to automatically compensate via the press of a button. What the camera will do is electronically overexpose the image so your previously dark subject is more discernible, but you will lose definition in the background. The exposure button or lock will be doing something similar, but allow you to fine-tune the settings.

Another option is to use previously mentioned filming techniques by zooming in tight to your subject therefore not allowing the backlight to dominate the picture. In auto mode, a tight shot will yield good exposure, but keep in mind that as you pull back to a wide shot, the electronics compensate and your subjects, will once again become dark and difficult to see.

Good filming techniques mean keeping control of all settings, for this reason, set and lock the exposure to the subject to avoid these automatic adjustments, as they are visually distracting to the viewer. 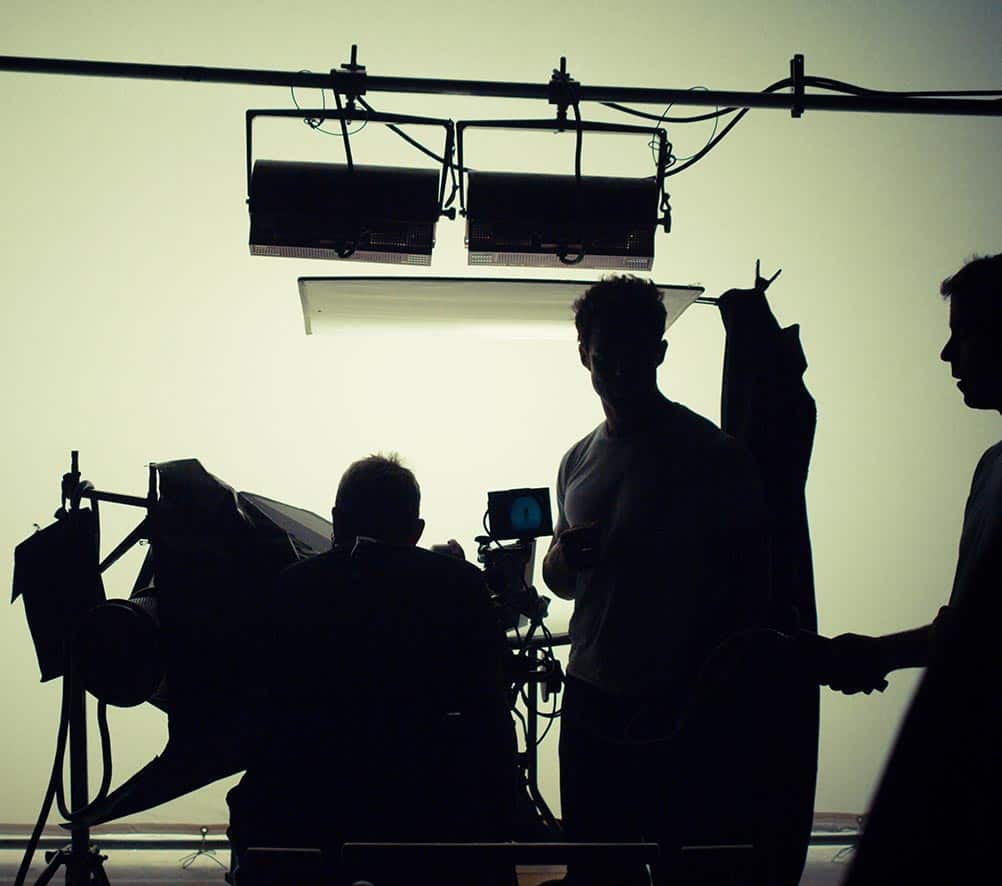 Two filming techniques will make or break your video production. The first is the lighting. With video, you can never have too much light. With careful use of lighting, you can reduce and eliminate grain, add dimension to shots and enhance the whole outlook of a video production.

The other of the filming techniques that will give your videos a 'pro feel' is in the area of sound.
Use an external microphone and along with it, use headphones to monitor what is happening with all aspects of the recorded audio.

Simply think about what you are going to shoot before you shoot it (not so much filming techniques, but another important element to follow). Scout locations or research subjects, develop a script and do all the essential tasks that will make the filming of your production go smoothly. Some  filmmakers like to use a storyboard, a cartoon-like representation of the key scenes in the production. A storyboard arms you with the knowledge of what you are going to film before you even head out for a shoot.

To Become a  Filmmaker

So, what will all this effort achieve? A story or sequence that will require little or no post-production editing. And no more sitting with the family watching holiday tapes and thinking "OUCH! Did I really film this?"

Taking Videos should be FUN!

Think you'll ever be completely comfortable with your filming techniques? Of course, you will. That's not to say you won't make mistakes. Over time your mistakes will become less frequent, and along the way, you will learn more about how your video camera works, filming techniques will become second nature and you will discover how to make your camera work for you in the creation of the outstanding video. 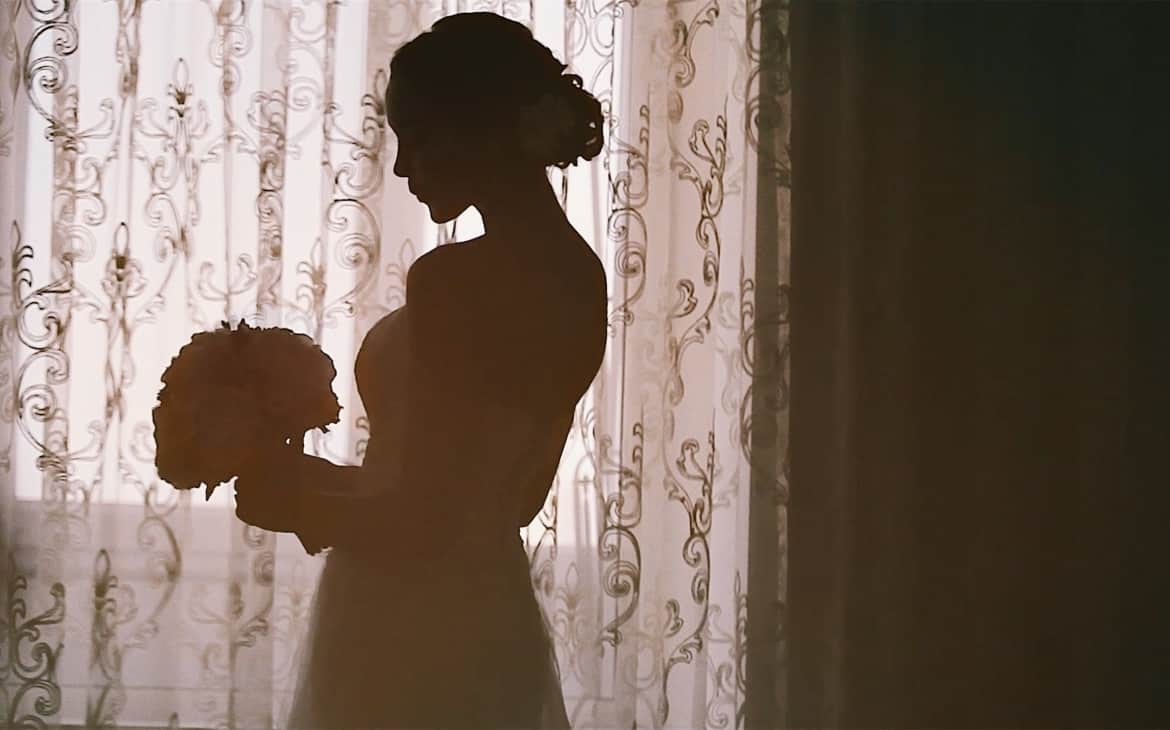 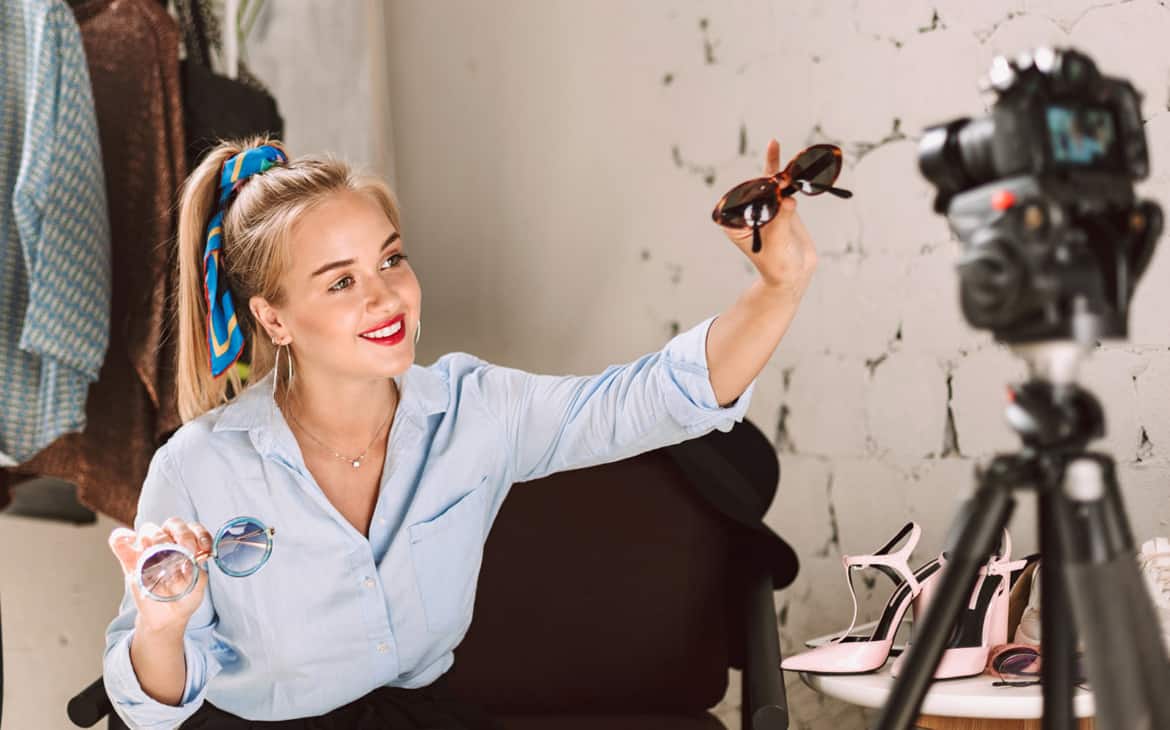 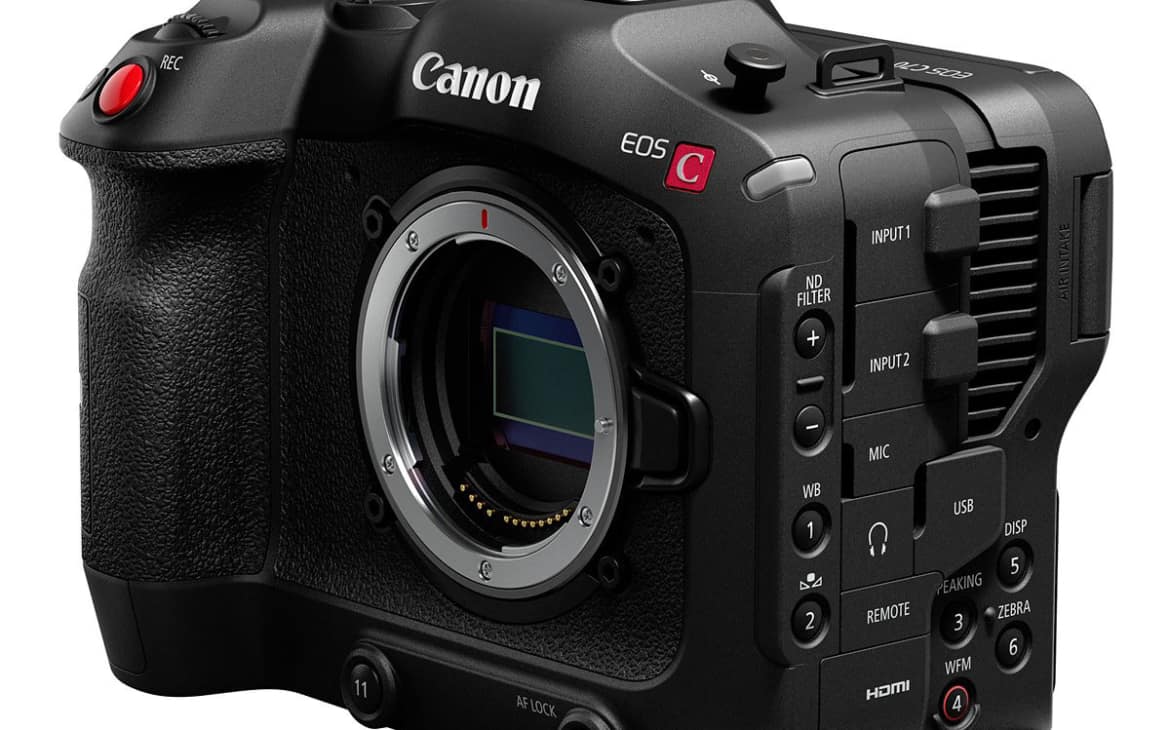